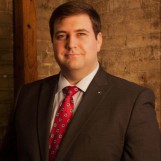 “Before I formed you in the womb I knew you;
Before you were born I sanctified you;
I ordained you a prophet to the nations.”
Jeremiah 1:5

Abortion is always a difficult issue to discuss; even by the standards of the issue, however, today's Texas Senate hearing about organ harvesting and the recently released Planned Parenthood videos was astonishing.

Attorney General Paxton testified first.  For an hour, he outlined what his office's recently launched investigation has uncovered.  Investigators from the Texas Attorney General's office recently toured the "P.O.C." room at a Planned Parenthood facility in Houston.  'P.O.C' stands for 'product of conception'; Planned Parenthood couldn't even refer to their 'medical specimens' as children (Note: Abby Johnson later testified that when she worked at Planned Parenthood they would joke about calling it the 'pieces of children' room.).  Inside the 'P.O.C.' room, Planned Parenthood would store the remains of pre-born children in jars until they were ready to be transported for 'disposal.'  General Paxton testified that this particular facility 'discards' 260 pounds of 'medical waste' per week.

eral San Antonio mayor Ron Nirenberg met with a small group of local conservatives on Saturday, May 18 to discuss their concerns and "open some dialogue". But it appears Nirenberg made some comments that spun and twisted the facts.

Among the most outrageous comments, was his defense of SA city manager Sheryl Sculley. He claimed her salary is not higher than Pres. Trump's!  He also expressed his apparent dislike of social media because he says it spreads misinformation. However, I think it allows citizens and taxpayers to learn the facts instead of depending on the mayor's mouth piece, the SA Express.

The New Battle of the Alamo

Texans should be aware that San Antonio Mayor Julian Castro and the SA Chamber of Commerce may have provoked a new “battle of the Alamo”.  He has made some initial moves to allow the United Nations to influence and possibly even manage the Alamo. SA Express/News began a soft sell of the idea in their Sunday, September 15, 2013 opinion page.

It has been reported that Mayor Castro and his close ally, City Councilman Diego Bernal, have been meeting with U.S. Department of Interior officials about the future of San Antonio’s historical missions. Castro and the SA Chamber want to make the old Spanish missions a greater tourist attraction by designating them national and world cultural treasures.

Since it is becoming evident that the Democrats' "Blue Wave" isn't going to materialize in this midterm election, some of high profile Democrats like San Antonio's Democratic Congressman Joaquin Castro are starting to look for excuses regarding the defeat.

Castro tweeted on Monday, Oct. 22, the first day of early voting, that he saw two uniformed police officers patrolling the parking lot of the Las Palms shopping center voting site. He then asked people to let him know "if other uniformed law enforcement is present at any polls."

What? Since Las Palms is a predominantly Hispanic Democratic area, is Castro suggesting there is something suspicious about the police presence in the area? Is he actually hinting at voter intimidation by San Antonio police officers?

Curiously, he did not mention anything about "ballot harvesting" which is common in heavy Democratic areas. Ballot harvesting is where large numbers of tampered absentee ballots usually for elderly, infirmed or deceased voters, are submitted.

Castro's fake concerns have more to do with the possible Democrats' losses in the midterm elections than anything else. He's setting the stage to excuse possible Democratic Party losses, even in Hispanic areas.